How do I create and use Robots in Playbooks?

Playbooks Robots can enhance your Lead and Contact process flow in lots of ways.

Before you begin creating your Robots, it is helpful to have a process map of your Lead and Contact flow. Review your process and consider the Plays to be used in each step of the funnel.

How to Create a Robot

To Create a Robot

Note: A single robot can only perform a maximum of 2 actions (step 8 above).

When you set the criteria filters be aware of the operators available for that specific field type.

Note: It is recommended to NOT use IDs, phone numbers, or description fields because those are unique values.

This feature will allow a record to be unenrolled from a Play and removed from Playbooks when the criteria is no longer valid. If your process supports it, this feature gives you the ability to move records from one Play to another using one rule per Play.
The reverse action will only apply to records that were enrolled using a Robot’s “Add to Play” action. If you have records already in a Play that were manually added or added via auto-enrollment criteria, then the reverse action will not apply.

Note: When the record enrollment is reversed, the Playbooks Play Status will be “Unenrolled”. If you want to track Play Success, you will need to create a Task report looking for the “Playbooks Step Success” check mark.

These notifications appear in the Playbooks extension and do not force an agent to respond. If they click the notification they will be taken to the related person/record. To add a notification to an existing Robot use the + Add button below the existing actions. The notification will be sent to all team members of teams included in the rule.

Note: Attention Required Notifications will only trigger for records that already exist in Playbooks.

Playbooks supports the ability to run Robots in near-real time. This functionality is currently only available for Salesforce customers. To run a Robot in real-time, a Salesforce administrator will need to create an outbound message that calls a unique URL that is provided by XANT. When the outbound message is triggered, it signals to the Robot to run for the given record.

Steps to get URL

Each Robot has a unique URL that must be hit to trigger the Robot. To get the URL for a given Robot, please contact your account manager and provide the following information:

Using this information, your account manager can provide the unique URL to run the Robot for.

Running a Robot on the Same Records More Than Once

Administrators can configure Playbooks to allow records to trigger the same robot multiple times. With recursive robots, you may create a robot that enrolls an account into a Play every 90 days for follow-up.

Enabling a robot to perform an action multiple times, edit the robot and toggle the switch titled “Allow Action to Repeat”.

For this example, let’s say you score your Lead records and you’ve got multiple Plays created that align appropriate outreach based on the score. (For example you wouldn’t send an Auto Email to a HOT Lead, those emails should be customized. And you wouldn’t send a InMail to a low touch Lead because those cost money.) 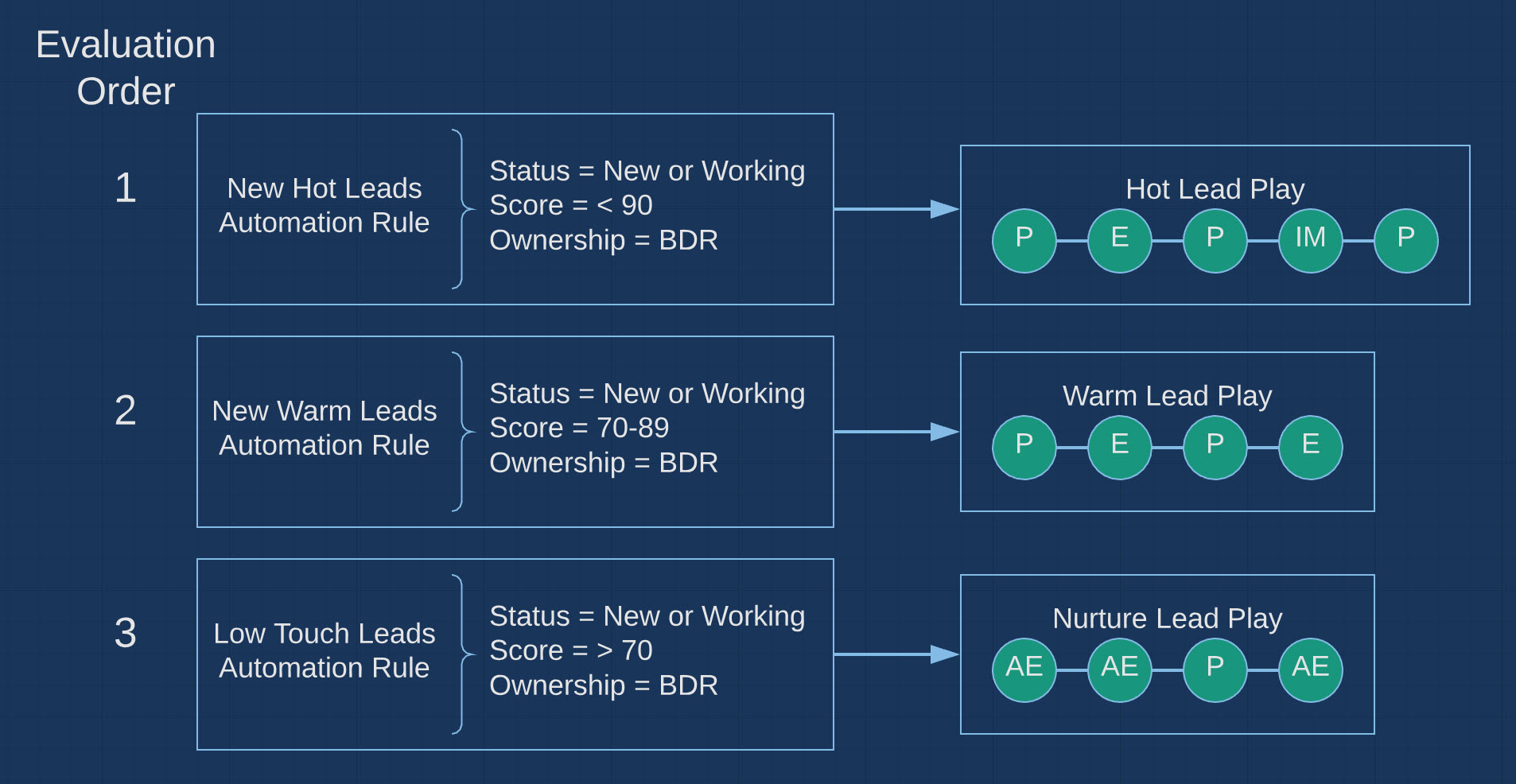 Create a sequence of Robots using the “Add to Play” action and the option to reverse the action if the criteria is no longer true.

This method is great because it solves for any changes to Ownership or Scoring. And as the Rep changes the Status to advance it thru the Sales Funnel there’s a Robot & Play to support it.

Now, let’s pretend you have a Lead Status of Dead and Reps will specify this Status if they have no means of contacting the record or if the Lead requests that they not be contacted again. Create a Robot looking for Lead Status equals “Dead”, and specify the action to Remove from Playbooks.
Then put this Robot at the top so that it will always take precedence over any other Robots that may still qualify. 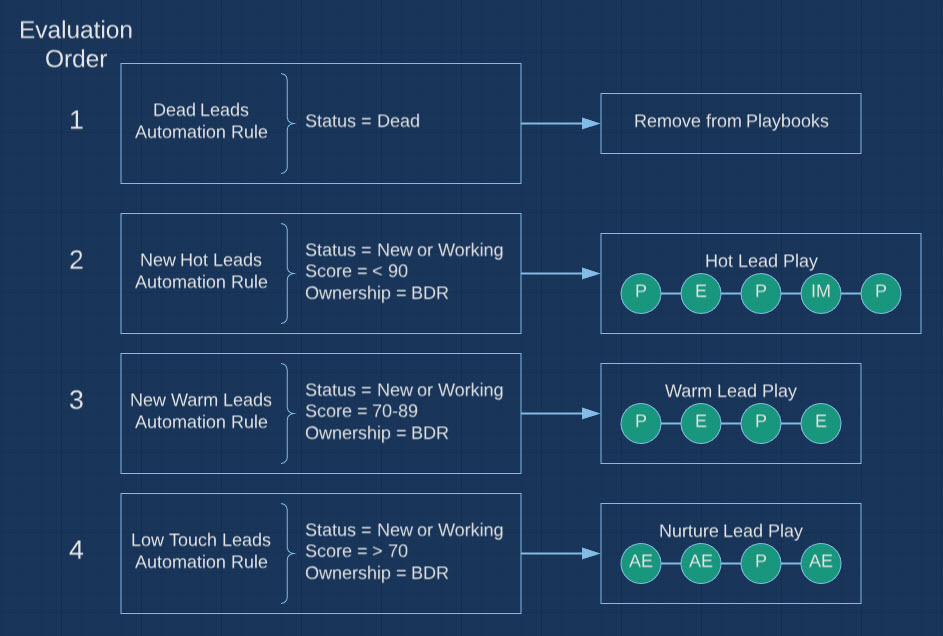 Q: Does the action “Add to Play” only fire if the record is already in Playbooks?
A: No. This action will add the qualifying record to Playbooks (if applicable) as well as enroll them in the specified Play.

Q: How frequent will Robots be evaluated?
A: CRM Field-based Robots are powered by a service that runs queries against your CRM data every 10 minutes.

Q: What if a record qualifies for multiple robots at the same time?
A: A record that meets the criteria will only have one qualifying event until it disqualifies again.